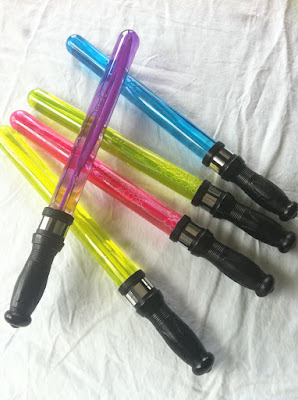 I put together a fun Star Wars themed birthday party for my son while I was on my "blogging break." I can't say that I made many projects for my son's party that were completely original -- there are a ton of blog posts out there on Star Wars parties! But as far as I know, this idea is mine: I turned bubble wands into lightsabers for party favors.


I used inexpensive bubble wands I found at Michaels (originally $1.99 each, marked down to $0.99), but I did find other wands at Target (around $2), and smaller versions at Dollar Tree. I've also seen them at Oriental Trading, but I don't know how they compare. I liked the shape of the ones from Michaels the best, so I snatched them up when I had the chance! 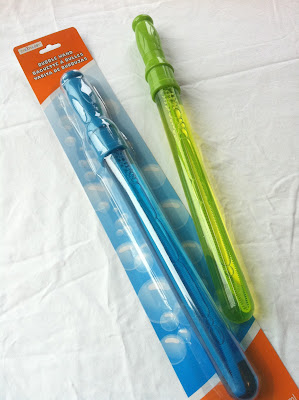 My son was insistent that I pick up only "lightsaber colors," and from his experience, this meant blue, purple, red, and green. I think that Yoda actually had an orange one at one point, but I didn't get any of that color. I also didn't have red as a choice, but I figured pink was close enough. 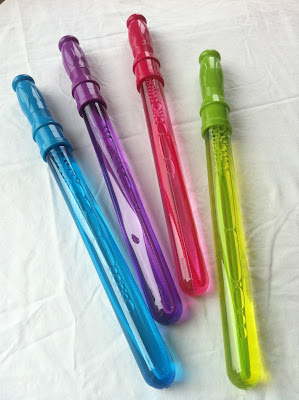 Then I taped around the base of the sabers by the handles and used about three coats of plastic spray paint to paint the handles black. I used glasses inside of a box to prop the bubble wands up for drying between coats. 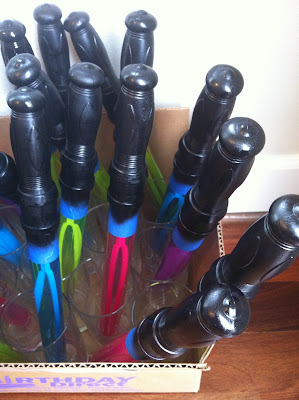 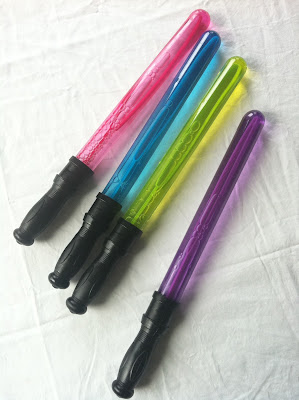 Next I used some silver tape I had left over from a wedding project to add some silver accents around the lightsaber handles. 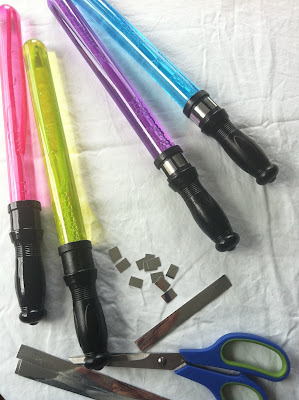 That was it! Later, I tied on some "thank you" tags and the lightsabers were ready for kids to take as they left the party. 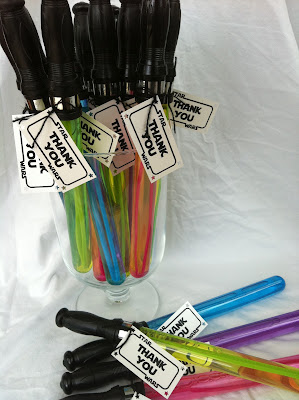 I don't recommend giving these out during the party unless you plan on getting bubble solution everywhere -- the bubble wands don't seem strong enough to stay sealed during battles. But I will say that the wands I picked up make fantastic bubbles! My daughter has a difficult time blowing bubbles, but these are a breeze! And they were definitely a hit with the kids. Everyone was excited to bring a lightsaber home! 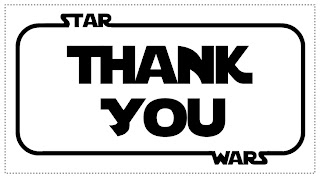